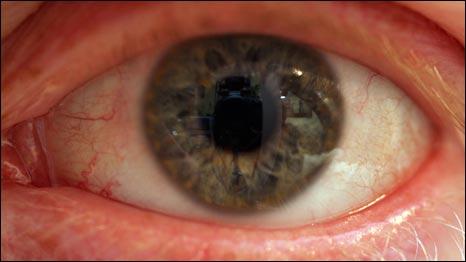 To have the camera installed in the back of his head, Iraqi-born Wafaa Bilal had to undergo a painful surgical procedure to tuck the camera firmly under his scalp.

The camera is at least small - just the size of a thumbnail and less than an inch thick - but it will be switched on 24 hours a day for an entire year.

The camera will take a photograph every single minute, digitally capturing every aspect of Wafaa Bilal's life.

The images will then be beamed from New York, where the artist lives, to the Middle East, where the photographs will be displayed at Qatar's new Arab Museum of Modern Art.

The artist says the project will raise important social, political and artistic questions, and has vowedto go about his daily life as normal.

But he admits some things, like sleeping for example, will be a bit tricky.

He now has to sleep sitting upright, and cannot use a pillow.