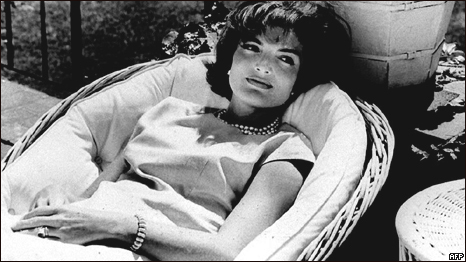 In the eight hours of relaxed chat between Jacqueline Kennedy and an historian some candid moments reveal strong opinions of world figures.

Churchill in the fifties she says was already quite ga-ga, civil rights leader Martin Luther King was ''a tricky person'', Indira Gandhi, before she became India's first prime minister, was to Mrs Kennedy ''a bitter, horrible woman''.

The tapes include plenty of tender family moments, at one point three-year-old John Kennedy Junior interrupts, the interviewer asks if he knows what happened to his father. He's gone to heaven the young child answers.

What's most remarkable is that these recordings were made just four months after JFK was assassinated. Until her death in 1994 Jacqueline Kennedy stayed silent about her celebrated life. Now we have a rare glimpse in her own words.