Sam Worthington, the lead actor in the worldwide hit Avatar, is being tipped as the next James Bond.

The bookies' favourite, born in the UK but raised in Australia, has recently achieved phenomenal success with the 3D sci-fi epic Avatar which is the highest-grossing movie ever and recently became the fastest-selling Blu-ray and DVD of all time, in North America.

Speculation over a Bond replacement started after it was revealed that the 23rd 007 movie had been put on hold indefinitely. Producers announced the suspension of the film due to the uncertain future of the film studio MGM.

Bond producers Michael Wilson and Barbara Broccoli said, "Due to the continuing uncertainty surrounding the future development of MGM and the failure to close a sale of the studio, we have suspended development on Bond 23 indefinitely". 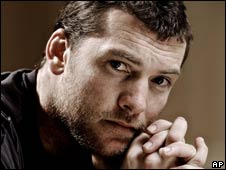 Sam Worthington has previously been considered for the role

Previous hiatuses in production of the iconic movies have resulted in the lead actor being replaced. A six-year gap between the filming of the 1989 film License to Kill and the 1995 film GoldenEye saw Pierce Brosnan take over the role from Timothy Dalton.

The current James Bond, Daniel Craig, took over the role from Brosnan between the production of the 2002 movie Die Another Day and the 2006 film Casino Royale. Work on the new James Bond film started in 2008 and a release was expected in 2011 or 2012.

Despite the speculation of a replacement, Daniel Craig seems eager still to be involved in the film saying he has "every confidence" in the decision and is looking forward to production starting again.

The James Bond franchise is one of the longest-running in film history and Mark Batey of the Film Distributors' Association says they are "the backbone of British Cinema".

He added that not having the film in next year's release schedule "does raise eyebrows" but he said he was "very optimistic Bond will be back".