Thousands of South Koreans rallied in Seoul demanding the resignation of President Park Geun-hye (朴槿惠), as a crisis deepened over allegations that a friend exerted inappropriate influence over her and interfered in state affairs.

Holding candles and signs reading "Who's the real president?" and "Park Geun-hye, step down," the protesters marched through downtown Seoul after holding a candlelight vigil (守夜) near City Hall. Police estimated that about 12,000 people turned out for the biggest anti-government demonstration in Seoul in months

Park ordered ten of her senior secretaries to resign after she admitted that she had provided her longtime friend, Choi Soon-sil (崔顺实), with drafts of her speeches for editing. Her televised apology sparked criticism of her mismanagement of national information.

Ms. Park, 64, became the first woman to lead South Korea after winning the 2012 presidential election. She is now in the fourth year of a five-year one-term presidency. The scandal has caused her popularity to drop to an all-time low, with some opposition parties (反对党) calling on her to resign. However, this has not stopped her from proposing that presidents be allowed to stand for a second consecutive term.

"Park has lost her authority as president and showed she doesn't have the basic qualities to govern a country," said Jae-myung Lee, a member of the opposition Minjoo Party (共同民主党) and the mayor of the city of Seongnam (城南市).

Prosecutors (检察官) are now investigating two of Park's aides (助手) who allegedly helped Choi get access to drafts of Park's speeches and set up two foundations with about 50 billion won ($44 million) in contributions from big corporations that she later benefited from.

As well as demanding Park stand down, civic groups and students want criminal charges brought against her aides and others who helped Choi have access to government documents.

Earlier last week, Choi said in a newspaper interview that she read and revised Park's speeches early in the presidential term, but denied all allegations she interfered in state affairs and pressured companies to donate to the foundations. 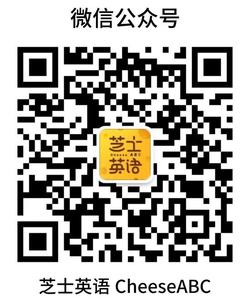