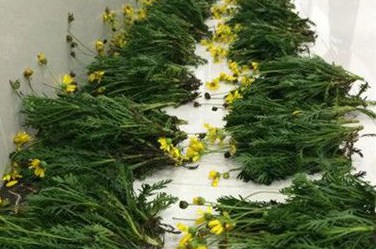 Shanghai Disneyland authorities have finally decided to take action against their resident flower thieves – romantic as they seem - after losing over 100 kilograms of flowers.

Local police at the Disney Resort in Shanghai have arrested a middle-aged couple who have been frequenting the new tourist spot in Shanghai,"harvesting" about 150 kilograms-worth of chrysanthemums. The pair is now under criminal detention for their theft.

The couple admitted that they have been sneaking into the resort since late October to collect flowers after midnight. Their latest excursion led them to bag some 2,500 chrysanthemums within 90 minutes. The couple planned to sell the flowers in neighboring cities.

"They claimed that they were only cutting off leaves, and that they didn't know it was against the law," a police officer surnamed Hu told Thepaper.cn.

According to local police, the chrysanthemums have been mature since late September. Between late September and early November, local police caught more than a dozen people suspected of stealing flowers worth a total of 300,000 RMB.