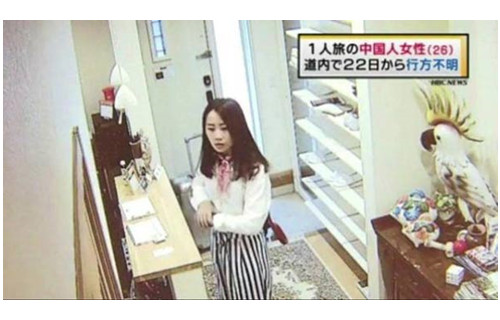 A body believed to be that of a missing Chinese teacher, Wei Qiujie, has been found in Hokkaido in Japan, according to local TV reports.

Local fishermen say they found the body of a young woman by the sea. She was wearing white clothes and had long hair, and bore a similarity to the missing Chinese teacher, said Hokkaido Cultural Broadcasting.

Further investigations are underway by the Japanese police.

27-year-old Wei Qiujie, who worked at an elementary school in Fujian Province, had been traveling alone in Japan. She went missing from a Sapporo hotel on July 23. A hunt for the teacher has been underway ever since.

Her family feared that she had been kidnapped and was being held hostage.

A handwritten letter had been found in her hotel room addressed to her parents saying goodbye and telling them that she wanted to start a new life. However her friends had reportedly said that she had shown no signs of wanting to do such a thing.

There have been a number of recent cases where Chinese women have been targeted abroad. In early July, two Chinese sisters were found dead in a forest in Kanagawa, southwest Japan, after being reported missing.

The sisters also came from Fujian province. In that case, the local police have arrested a Japanese man in his thirties on suspicion of killing the two women.