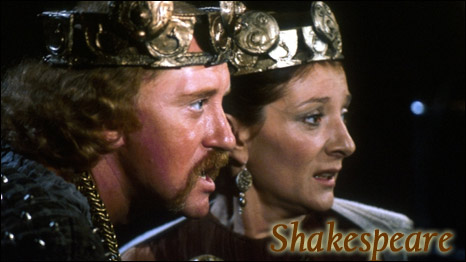 Ambition and desire lead to their final destruction

We focus on Shakespeare's shortest, and some say, his darkest tragedy Macbeth.

Macbeth is one of the most performed tragedies throughout the world.

Why does it have such a universal appeal? 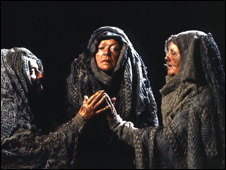 What is the message 要传递的信息 that Shakespeare wanted to give to the audience in the 16th century?

How relevant 相关联的 is such a play to modern society?

Yang Li and William Kremer discuss the play with two experts. They also talk about the features common to all Shakespeare's tragedies.

As you listen, try to answer these questions (the answers are at the bottom of this page):

1. What was Macbeth's fatal flaw?

2. Macbeth is shorter than Shakespeare's other tragedies. True or false?

3. Why do people sometimes call Macbeth The Scottish Play?

Today's S Words features the well-known phrase 'to wear my heart on my sleeve' 容易流露感情的。 Do you know where it came from?

Next week we will look at Shakespeare's contributions to the English language in Shakespeare the Wordsmith.

Answers to the quiz:

3. Because of a theatrical superstition