The Kindness of Strangers 留钱不留名的捐赠者 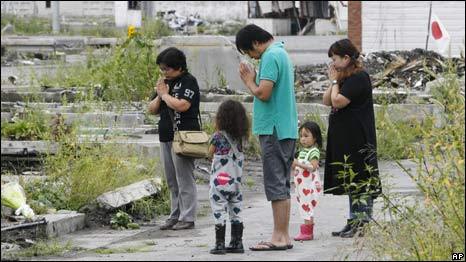 Thousands of people were left homeless by March's tsunami and earthquake.

The money was found in a plastic shopping bag, in a public toilet of the City Hall in Sakado, part of the commuter sprawl that surrounds Tokyo.

A handwritten message had been left with the cash and read: "I am all alone. Please let the people of Tohoku use it."

Tohoku is the northern region of Japan hit by the earthquake and tsunami in March.

City officials said the anonymous donor has slipped in and out unnoticed. If the money is not reclaimed within three months, they're planning to give it to the Japanese Red Cross.

Japan's great disaster brought out striking generosity and honesty in its people.