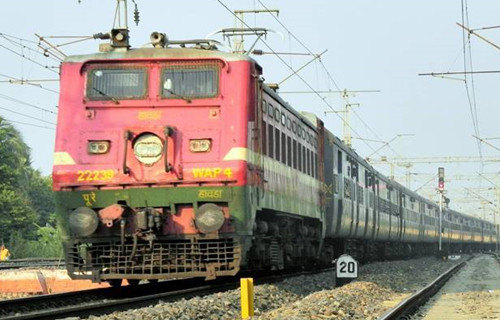 People from Uttar Pradesh and Bihar staying in Surat will take out a "maha rally" on August 20 to press for their demand of a regular and direct train to their respective states from Gujarat.

Protesting under the banner ’Uttar Bhartiya Rail Sangharsh Samiti’, the north Indians have named the rally as ’Rail nahi to chain nahi’ (No peace if no train).

This section of the society has been demanding a train between Surat and cities of UP and Bihar for a long time now. They decided to launch the rally after they were not satisfied with the outcome of their meeting with senior railway officials recently.

Subsequently, Minister of State for Railways Manoj Sinha released a letter stating that the Humsafar Antyoday train originating from Bandra in Mumbai to Patna and Gorakhpur would stop at Surat and Udhna in Gujarat with immediate effect.

However, the Samiti rejected the offer demanding a regular train from Surat. They refused to budge from their stand.

The Samiti claimed that about one lakh people would take part in the Sunday’s rally.

Keeping in view the rally, the mill contractors have granted a day’s leave to the workers. Workers from Jharkhand are also supporting the Samiti because there is only train - Surat-Malda - for them at present.

Meanwhile, Navsari MP CR Patil has said the railway officials have been apprised of the issue. He assured that new trains to north India would commence shortly.

On May 28, thousands of people had taken to streets to press for their demand. At that point in time, the Western Railway officials had assured them that their grievance would be addressed soon.

However, with no solution in sight, the Samiti has announced the ’maha rally’ on coming Sunday.