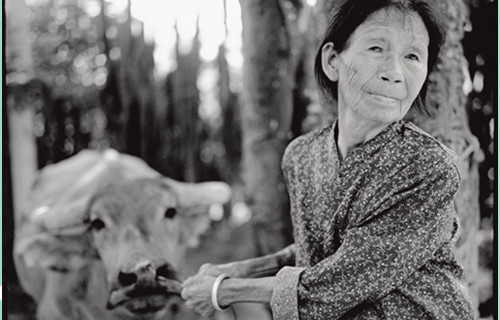 HAIKOU－A Chinese woman forced into front-line brothels for Japanese troops during World War II died at the age of 90 on Saturday, bringing the number of surviving "comfort women", a euphemism for sex slaves, to 14 on the Chinese mainland.

Huang Youliang died at her home in Yidui village in China’s southern island province of Hainan.

Some 400,000 women in Asia were forced to serve as comfort women for the Imperial Japanese Army before and during World War II, nearly half of whom were Chinese.

In October 1941, the 15-year-old Huang was raped when Japanese troops invaded her hometown. She was later put into a brothel and forced to have sex with Japanese soldiers for two years.

In July 2001, Huang and seven other comfort women sued the Japanese government, demanding an apology. But for more than a decade Japanese courts have repeatedly rejected their appeals, claiming that individuals have no right to sue a state.

The Japanese government has refused to accept legal responsibility for the women.

Efforts by 24 Chinese comfort women to sue the Japanese government in four cases since 1995 all failed.

Huang was the last victim to have sued the Japanese government over sex slavery committed on the Chinese mainland, according to Su Zhiliang, director of a research center on comfort women at Shanghai Normal University’s Humanities and Communication College.